The celebration of the 100th anniversary of the Cherkasy National University will take place soon! Anniversary events will last for a week, from October 7 to 12.
ChNU will present a 260-page photo album "History of the University in Photos", organize a book exhibition; will open the renovated Museum of the History of ChNU and the Museum of Book History; will organize the championship in athletics cross. Within the framework of the 100th anniversary, the student activists of the last decades and the graduates of the university will visit ChNU; and those who have only recently joined the university family will be able to celebrate the anniversary at the student disco.
Also, a solemn academy with the participation of members of the Supervisory Board of the University and a festive concert will be held at the Cherkasy Academic Regional Ukrainian Music and Drama Theatre. We look forward to everyone who joins us in celebrating the 100th anniversary! 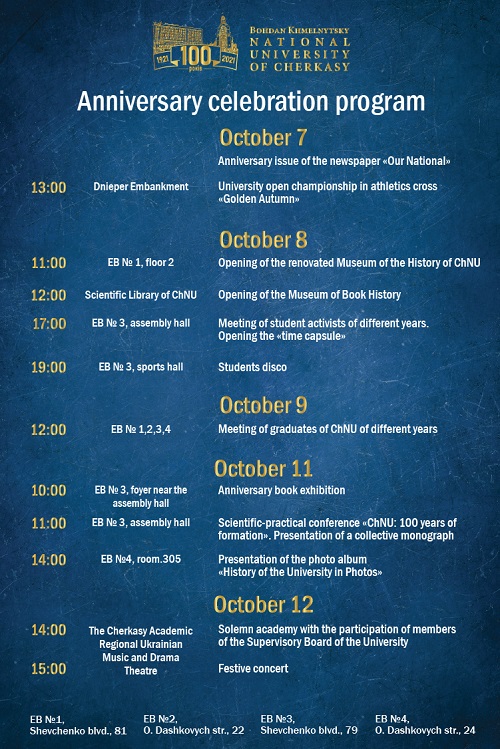